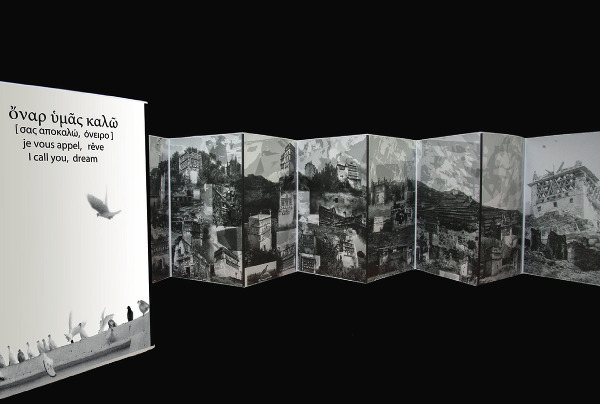 Born on the island of Tinos, Cyclades, he currently lives and works between France and Greece. He studied at the Drawing and Sculpture School of Pyrgos in Tinos, and at the Athens School of Fine Arts and the Ecole Nationale supérieuredes beaux-arts in Paris, between 1973 and 1980. He has been teaching engraving at the Academy of Fine Arts in Chaville since 1988. Faithful to the cultural past of his homecountry, and an attentive observer of traditions in progress, he has included the intangible element of time and the luminosity of the Cyclades in his works. He has held exhibitions in many countries.